Some art borrowed from Deviant Art

The Serena Dawn is a Streel Merlin-class automated survery ship, with a robot crew and room enough for 12 survery live teams or 12 robotic survey.  It has 12 bays for Seeker class survery ships or Palomino  class robotic survey ships. 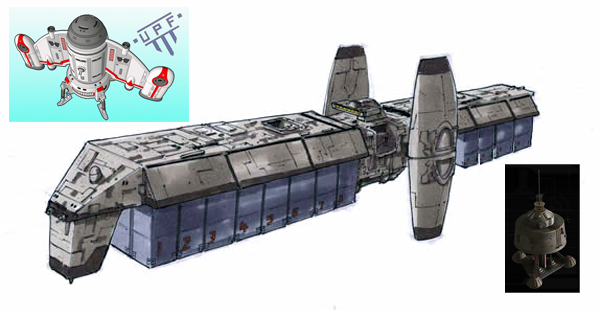 Depending on the system the ship is sent to,  can be loaded with a full complement of survey teams and ships, or just automated drones, or any combination of them.  However, the ship does get rather crowded if the full complement of  survery teams is aboard.  Most missions do not require that many, and it seen as an ambitious design in that respect.

Once the mission is defined and requirements determined, all the necessary drones and ships are loaded, along with cargo and supplies.  The crew is traditionally entirely robotic but at times when deemed necessary, a small crew complement can be accomodated.  Upon dropping out of Void into a target system, the Merlin Class ship is tasked to follow a specific coarse to maximize fuel efficiency as well as work potential.  They usually spend several months in system, dropping off drones on dead worlds and survery teams on viable worlds.

Other ships are later sent regularly for resupply of the live survey teams, but the teams are largely autonomous and self-sufficient.  If the world is viable enough, the team will develop their own means of supplying themselves.